Explained: Why is Paschal Donohoe facing questions over election donations? 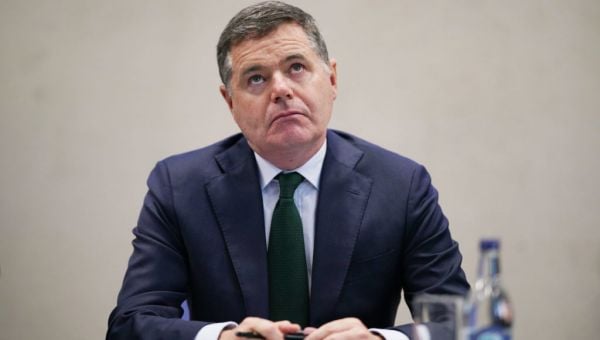 As the saying goes, ‘when it rains, it pours’, and for the Government it certainly seems to be bucketing down lately.

Hot on the heels of the resignation of Meath West TD Damien English from his junior role in the Department of Enterprise, the Coalition is facing fresh questions over alleged rule-breaking by TDs.

This time, however, the TD at the centre of the controversy is one of the most senior Government figures, Minister for Public Expenditure Paschal Donohoe, regarding his donation statements during the 2016 General Election.

Ahead of his second statement in the Dáil on the matter on Tuesday, here’s everything you need to know about the Minister’s expenses debacle.

What did Paschal Donohoe allegedly do?

The story first hit the news over the weekend of January 15th, with Mr Donohoe making a statement on the Sunday to confirm he was conducting a “full review” following a complaint made against him to the Standards in Public Office (Sipo) Commission.

The allegation was reportedly related to a donation made to cover the cost of services provided during Mr Donohoe’s election campaign in 2016 when he was re-elected in the Dublin Central constituency.

All TDs are required to supply Sipo with details of donations received and a failure to declare such payments properly is in breach of the Electoral Act.

Mr Donohoe confirmed Sipo is looking into the complaint and will ultimately decide on whether further action is required.

As Sipo is part of Mr Donohoe’s ministerial portfolio, he decided to recuse himself of those responsibilities pending the conclusion of the investigation, with Minister for Finance Michael McGrath overseeing them in the meantime.

Has Donohoe already make a statement?

He did, in the Dáil last Wednesday.

Mr Donohoe said he was “very sorry that this has happened” and gave further details on the matter.

He explained the donation in question was a “personal payment” made by businessman Michael Stone to six people who hung election posters over four dates around the 2016 election, which Mr Donohoe valued at €917.

The Minister said he also failed to amend expenses in 2017 when he became aware of the use of a corporate van to hang these posters, the use of which he valued at €140.

Mr Donohoe added that he was only made aware of the matter before a review in December following the complaint received by the ethics watchdog, and claimed neither he nor his campaign team “intentionally misinformed Sipo”.

He finished by stating he would not be commenting further on the matter due to the ongoing Sipo investigation, with which he said he would “engage and co-operate fully”.

So why is he making a second statement?

It is a strange move, given that his change of mind came less than 24 hours after his initial Dáil statement.

But no sooner had Mr Donohoe sat down than Opposition parties began arguing that he had not adequately explained the issue, with some calling for a ‘back-and-forth’ to allow TDs to pose direct questions.

On Thursday, Mr Donohoe confirmed he intended to make another statement at the “earliest opportunity” to ensure the information he was providing was as “accurate as possible”, adding he would also address “matters that were put to me last night”.

Is the Government backing him?

Yes, the three Government party leaders have spoken in support of the Fine Gael TD.

Taoiseach and Fine Gael leader Leo Varadkar defended his party colleague in the Dáil, stating he was “a man of the highest standards”.

Meanwhile, Tánaiste Micheál Martin said he is satisfied with the Minister’s explanation of the matter and described Mr Donohoe as a “very honourable minister”.

On the other side of the fence, Sinn Féin leader Mary Lou McDonald accused the Cabinet of being “mired in scandal”, adding: “Despite his best efforts, Minister Donohoe cannot escape the face that he broke the rules by receiving this donation.”

What could come from this?

While none of this looks good politically and it could impact overall confidence in the Government, it comes back to Sipo’s powers – or lack thereof.

It is an ever resurfacing debate that the watchdog should have stronger powers to deter public representatives from breaking the rules and adequately penalise those found in breach, but progress is slow moving.

Whether it’s a slap on the wrist for the Minister or something more substantial is yet to be seen, but for now, we will have to wait to hear what the Minister and, ultimately, Sipo have to say.