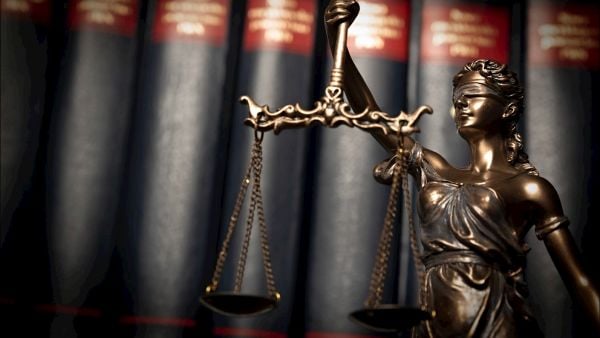 The High Court has dismissed an appeal against the inclusion of €77,000 legal fees awarded against a couple whose Rottweiler dogs attacked and severely injured a woman, as part of a proposed Personal Insolvency Arrangement (PIA).

The appeal on the issue of the inclusion of costs in a PIA came before Mr Justice Alexander Owens on Monday.

It relates to a debt that arises out of a 2018 High Court action when Mary and Michael Daly were ordered to pay €179,000 damages plus €77,000 legal costs to Mae Rae, after the Dalys’ two Rottweiler dogs attacked and bit her.

The incident occurred when Ms Rae was near the Daly property in Co Cork, after their two dogs escaped from their pen, on July 15th 2012.

Ms Rae of Gurrane South, Donoughmore Co Cork suffered several severe bite injuries, had to be rescued by another person, and was hospitalised for 11 days following the dog attack.

Liability was admitted in the case, and the dogs were put down shortly after the incident.

The award has not been paid.

On Monday the High Court heard that the Dalys of Ballycraheen, Vicarstown, Co Cork claim they are insolvent had sought to enter the personal insolvency process.

The certificates remains in place pending the outcome of the PIA process.

As part of their applications the Daly’s PIP included the legal fees awarded against them in the High Court, but not the damages award to Ms Rae, in their proposed PIAs.

That means that the legal fees will be dealt with in the same manner as Mr Daly’s other debts.

Under the 2012 Personal Insolvency Act debts due from a personal injuries damages award from a court are specifically excluded from PIAs.

However Ms Rae, represented by Gerard Nicolas Murphy Bl instructed by Harry McCullagh Solicitors objected to the inclusion of the legal fees in the PIA and appealed that decision to the High Court.

The legal fees should be treated in the same manner as the damages award, it was claimed. The fees inclusion in the PIAs was prejudicial to Ms Rae’s attempts to obtain the judgement, it was submitted.

Mr McGee, represented by Keith Rooney Bl, instructed by solicitor Eugene Carley, disputed Ms Rae’s arguments and argued that the legal fees ought to be included in the proposed PIAs, and that they are not excluded under the 2012 Act.

After considering the legal submissions from both parties Mr Justice Owens said that the legislation on what type of debts can be included in a proposed PIA is quite clear, and dismissed the appeal.

He agreed with submissions from Mr Rooney that the legal fees arising out of the 2018 proceedings can be included as a debt in Mr Daly’s proposed PIA.

The judge also said he was making no order in respect of the legal costs incurred by the parties in the application before him.

The applications to approve the Daly PIAs will go before the Circuit Court at a later date.