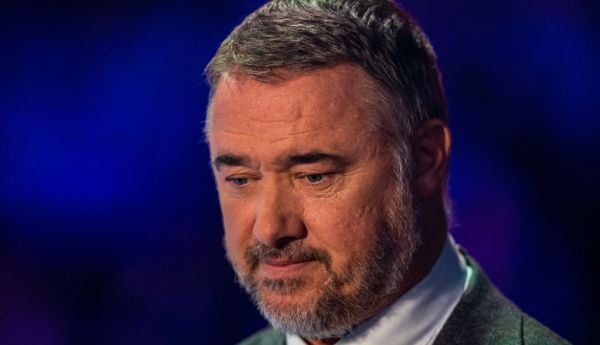 Stephen Hendry said he was “fined” by snooker bosses after he had to “pull out” of events due to his appearance on The Masked Singer.

The seven-time world champion (54) was revealed as the character Rubbish on the ITV celebrity singing show on Saturday.

Asked by the PA news agency what he told people he was doing while keeping his identity a secret, the former world number one said: “I do have wildcards to play in some snooker events and I actually pulled out of a couple of events and got fined by the WPBSA (World Professional Billiards and Snooker Association) for doing it.

“And I couldn’t tell them why because this recording was going on and I couldn’t obviously say why I pulled out… I just said ‘Look, I can’t play the tournament’.

“So, yeah, it was, very, very, very strange… you’re dying to tell people what you’re doing but you can’t.”

The WPBSA, whose commercial arm is the World Snooker Tour, manages the rules overseeing snooker tournaments.

Hendry said he agreed to take part in The Masked Singer because he “loves” the show and he would be anonymous during the performances.

The Scot added: “I have been asked to do the other reality shows, but the thing that appealed to me about this one obviously was the fact that you are in a costume. Nobody can see you.

“And obviously [there is no] stress – this is not a singing competition, it’s just a show that you just go in this costume and have fun.”

He said that before entering the show, he had only done karaoke while in China so he enlisted singing coach Mark De-Lisser to help him with his voice.

Hendry said: “(Mark) just brought this out of me, which I didn’t know was in there, so it was really incredible and surprising to find that… I’m not saying I’m a great singer, but I’m better than I thought I was.

“He messaged me after Saturday night and joked the Christmas album was on the way, but, yeah, just joking. Look, that’s not going to happen.”

The episode that unmasked Hendry drew an average audience of 4.3 million viewers based on overnight ratings.

There was a peak of 5.1 million viewers, according to ITV.

Hendry said after the reveal, following his performance of My Old Man’s A Dustman by Lonnie Donegan and Kaiser Chiefs’ classic track Ruby, his phone went “crazy” with messages from family and friends.

“My son texted me and said ‘I’ve watched the show every week. I love it. I can’t believe you’ve done that’.

“He didn’t even have a clue so the feedback and the reaction was incredible.”