The rocky road to Carlow 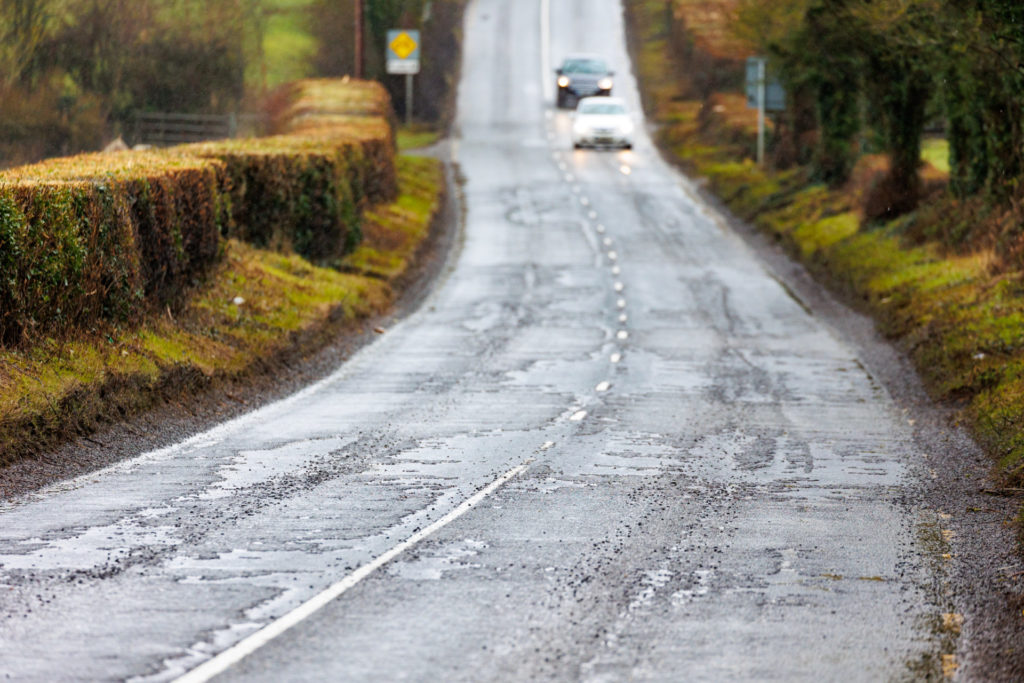 A SECTION on one of Co Carlow’s busiest roads has “totally broken down”, leaving cars “vibrating” as they pass over it”. Cllr John Pender raised the issue of the R728 – the Hacketstown to Carlow Road – at last week’s council meeting.

“It’s a section of the road that’s in the Carlow Municipal District that appears to be disintegrating. It starts at Johnstown, into Ardnehue and Friarstown … cars are vibrating driving across it,” said cllr Pender.

“I appreciated it isn’t too long ago since the road was resurfaced, whatever happened to it since, but it seems to have totally broken down in recent times,” he added.

Actin senior engineer Ray Wickham stated that the road is currently “under assessment” and accepted that “something has gone wrong” with the road surface.