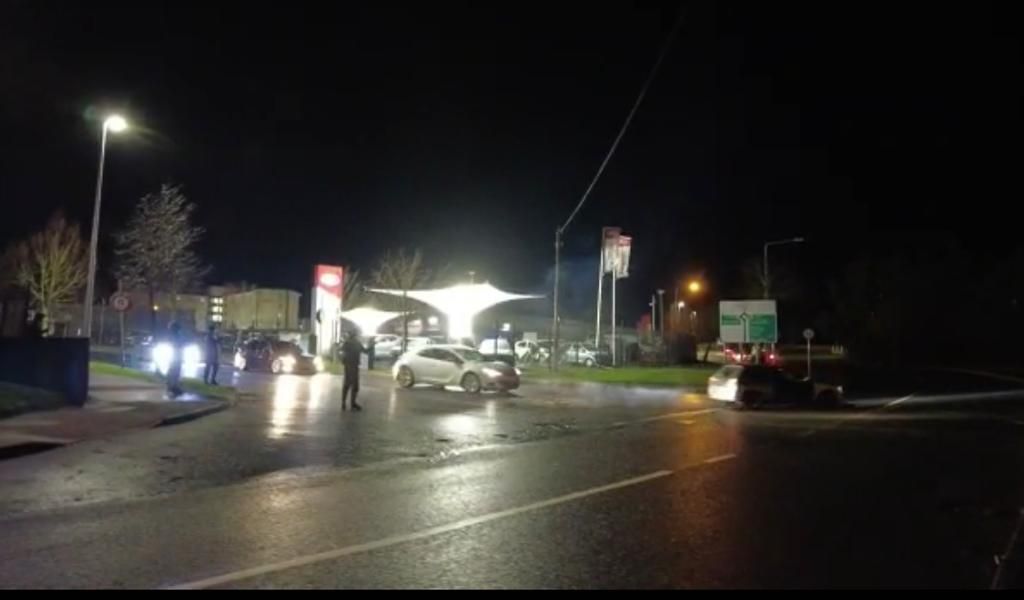 BOY RACERS revving their engines, taking off at high-speed and pulling donuts in a Graiguecullen car park late at night are making life a living hell for local residents.

Residents contacted The Nationalist this week to express their torment at the situation in Barrow Valley Retail Park, where large-scale gatherings of boy racers are taking place regularly.

“I’m at my wits’ end. You can hear it through the walls in my house, the windows are vibrating with it … we are sick of it,” said one resident.

“It was absolutely crazy here the last three Saturday nights since New Year’s Eve … there must have been at least 20 of them, all revving the cars. At first I thought it was fireworks. It actually sounded like a gunshot going off,” he added.

A video showing a large number of cars exiting the retail park onto Sleaty Road in convoy has been seen by The Nationalist, with one of the speeding vehicles almost colliding with an oncoming car.

In daylight hours, Barrow Valley Retail Park is a busy car park servicing busy retailers such as Dunnes Stores, Mr Price and ToGo, but late at night the large car park is empty.

“It’s a joke what’s going on and it’s every holiday it happens … St Patrick’s Day, Easter, New Year’s Eve. This is going on at least three years and its organised, with photos and videos taken.

“They have lookouts at the entrance, so if the guards are called, by the time they get up here they’re gone. The whole thing is mentally draining; they are disturbing the peace and nothing is being done about it,” said the resident.

A garda spokesperson confirmed that Carlow gardaí have carried out a number of “proactive patrols” of Barrow Valley Retail Park since last December and “nothing untoward was detected”.

The gardaí would, however, encourage any persons affected to contact Carlow gardaí “straightaway”. The spokesperson also confirmed that all garda units in the Carlow district and all garda road policing units have now been advised to carry out frequent patrols at Barrow Valley Retail Park.