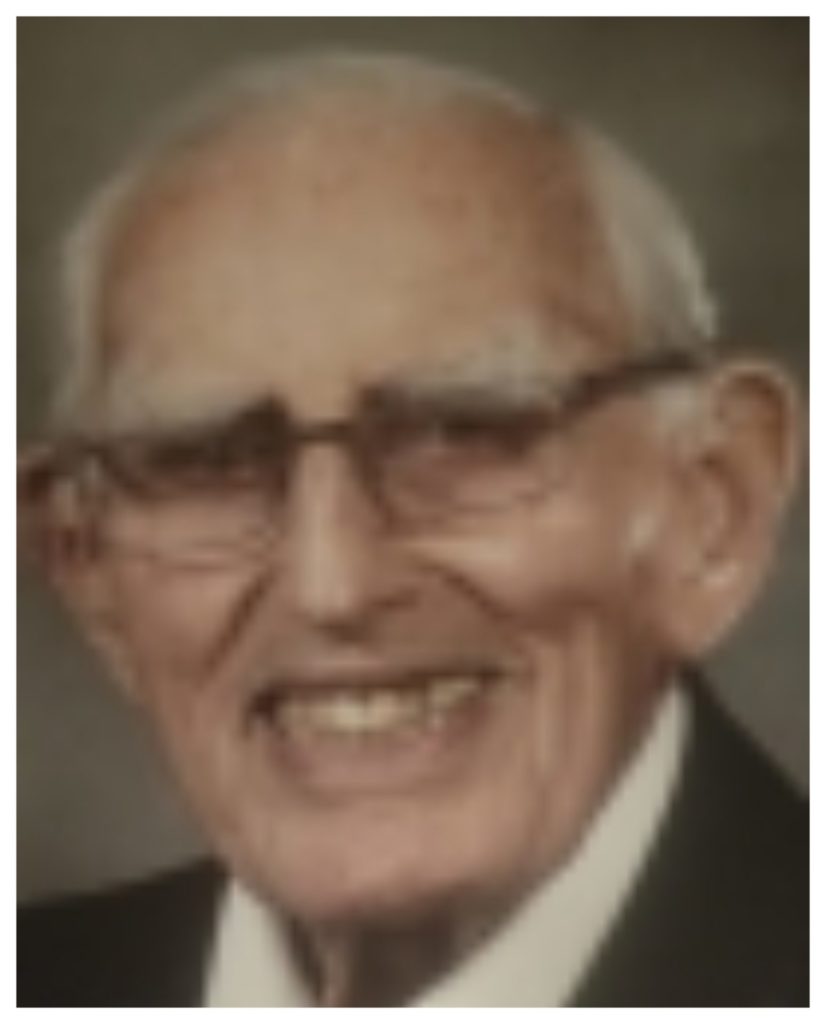 A native of Tassagh, Keady, Co Armagh, PJ O’Hare served from August 1970 until his retirement on his 68th birthday in May 1990 as head of centre at the Oak Park Research Station of Teagasc in Carlow – national headquarters of the Agriculture and Food Development Authority. Throughout his working life in Oak Park, he held the post of assistant director and head of centre at Teagasc, formerly An Foras Talúntais (the Agricultural Institute).

On Tuesday 24 May 2022, PJ celebrated his 100th birthday. He attended morning Mass at 7.30am in Carlow’s Cathedral of the Assumption before returning to Mass at 9.30am in his local St Lazerian’s Church, Leighlinbridge.

In Carlow cathedral that May morning, the centenarian’s great-age milestone was marked with applause and appreciation from Mass-goers. Celebrant Fr Gaspar Habara, CC, presented PJ with envelopes from the early Mass congregation for donation to his preferred charity – Red Cross Aid for Ukraine. All monetary gifts, including the cheque from President Michael D Higgins, were donated to the Ukrainian cause.

PJ was educated at St Clare’s National School, Keady, Co Armagh and then by the De La Salle Brothers in Keady. He attended secondary school in Greenpark Secondary School, Armagh.

He studied agricultural science at University College Dublin (UCD), graduating with an honours degree in 1950.

The centenarian was bereaved in June 2009 by the death of Máire after 53 years of married life, having celebrated their golden wedding anniversary in January 2006.

PJ first worked as an agricultural adviser, specialising in sugar beet, at Mallow sugar factory. In 1952, he transferred to Gowla Bog, Co Galway. The O’Hare family resided in Glenamoy, Co Mayo for 17 years – thus Glenamoy is the name on his Leighlinbridge home.

A deeply spiritual man, PJ was an active community figure in St Lazerian’s Church for a long number of years. He was a counter of the church money collection and provided sterling service on the Leighlin parish finance committee up to 2012.

A lifelong teetotaller and member of the Leighlinbridge Centre of the Pioneer Total Abstinence Association (PTAA), PJ was the proud holder of a gold pin from the pioneer body.

He was awarded the Fr Cullen Medal and the Papal Benemerenti Medal, presented for outstanding service to the Catholic Church to clergy and lay people.

Having reposed in Somers’s Funeral Home, Bagenalstown on Saturday afternoon last, the funeral Mass for PJ O’Hare was celebrated on Sunday morning in St Lazerian’s Church, Leighlinbridge, followed by burial in the local cemetery.