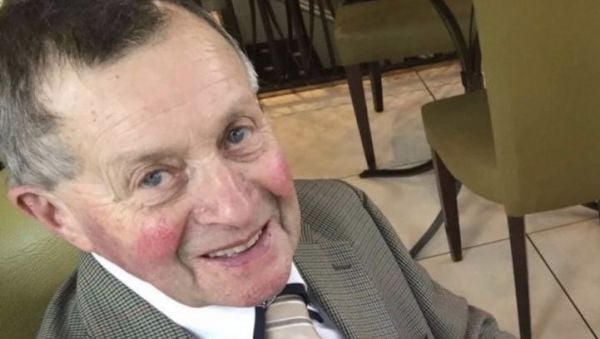 A man has appeared at Cork District Court charged with the murder of an 89-year-old patient at Mercy University Hospital in Cork city in the early hours of Sunday morning.

He was arrested on Sunday at 5.30am and detained for questioning at Bridewell Garda station in Cork.

Mr Magee was charged with the murder, contrary to common law, of Matthew Healy at Room 2, St Joseph’s Ward at Mercy University Hospital on January 22nd.

Det Garda Maurice O’Connor from Bridewell Garda station gave evidence of arrest, charge and caution. He said the accused made no reply when the charge was put to him under caution on Monday evening.

Defence solicitor Frank Buttimer asked that his client receive all the necessary medical attention he requires in Cork Prison arising out of his “psychiatric difficulties”. Judge Kelleher directed that the prison governor make all the required medical treatment available to Mr Magee when he is in custody.

Mr Magee, who was wearing a grey hoodie and pants, did not speak during the brief hearing. Members of the Magee family were present in court for the hearing.

Meanwhile, legal aid was assigned in the case at the request of Mr Buttimer as the defendant is currently in receipt of disability allowance and is now in prison.

No bail application was made at this juncture. Bail cannot be applied for at District Court level when a person is charged with murder.

Mr Magee will appear before Cork District Court again by video-link on January 30th. He was remanded in custody pending his next court appearance by video-link.

Mr Healy was a retired farmer who lived in Berrings, Co Cork. He died following an incident in the hospital on Sunday morning.

He is survived by two adult sons and a daughter. His wife, Delia, died earlier this month. The couple were pre-deceased by a daughter who died in a drowning tragedy many years ago. He is also survived by his eight grandchildren.

Mr Healy retired around 15 years ago and was described locally as a gentle and kind man.

Meanwhile, Mercy University Hospital issued a statement following Mr Healy’s death, in which they offered their condolences to his family. Counselling services are being provided to staff and patients impacted by the incident.

A family liaison officer has also been appointed to the Healy family.