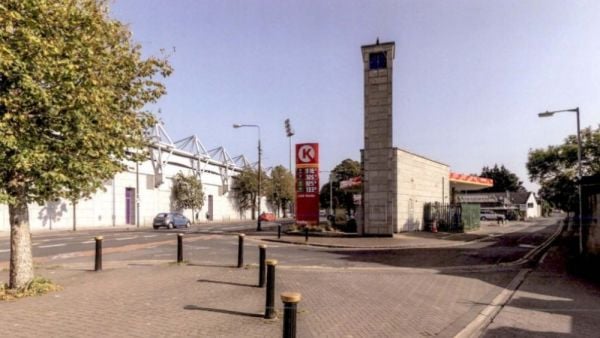 A residents’ association and another local have brought proceedings asking the High Court to overturn planning permission for 68 apartments in Donnybrook, Dublin. .

Developer Red Rock Donnybrook Ltd’s plans for a 10-storey build-to-rent apartment scheme for the site of a petrol station, opposite Donnybrook Stadium, were approved by An Bord Pleanála last August.

The decision followed a revision at the appeal stage to reduce the build by two floors. Dublin City Council had refused the original application for a 12-storey block of 84 apartments.

The Eglington Residents Association and Ramleh Villas resident David Clarke together are asking for an order preventing works at the site being carried out until the case has been resolved.

The applicants point to a number of domestic and legal law grounds that they say should steer the court to overturn the board’s approval of the development.

Among their claims is that the board acted beyond its powers in granting permission under section 37 of the Planning and Development Act of 2000 for a different project than what was first determined by the local authority.

The board’s inspector identified that Red Rock submitted revised drawings and documents for the scheme as part of its “purported” appeal, they claim.

The board has a specific power to impose conditions, such as a height reduction, on a proposed development, but there is no equivalent jurisdiction for appellants, the residents add.

They also say the board failed to attach any condition to the permission for levying a financial contribution on the developer in lieu of public open space on the site.

Citing EU law, the applicants say the board was not entitled to conclude following a preliminary examination that the development would not have significant effects on the environment.

Mr Justice Richard Humphreys this week gave permission for the group and Mr Clarke, represented by Stephen Dodd SC, John Kenny BL and FP Logue solicitors, to pursue their case against the board, with Red Rock on notice.

The board’s permission last summer went against a recommendation for refusal by its own senior planning inspector, Gillian Kane.

Ms Kane concluded the scheme constituted overdevelopment of the site. Its height, she said, “does not respond in a positive way to adjoining developments”.