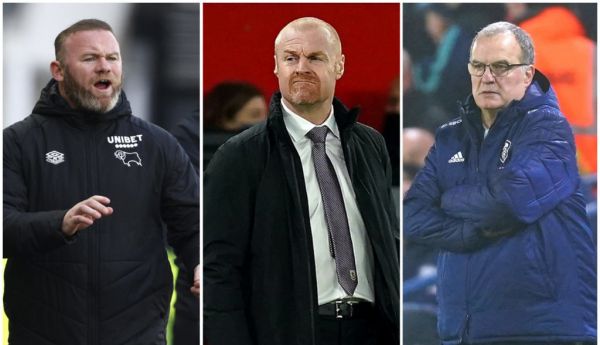 Everton are searching for a new manager after Frank Lampard was sacked less than a year after his appointment.

Here, we look at some of the contenders for the job.

The Argentinian veteran got Leeds back into the Premier League but was sacked with the club threatened by relegation. The time needed to implement his unique coaching methods and complex systems of play could count against him making an immediate impact.

Dyche has been out of work – which would be considered a plus point by a club still wrestling with profit and sustainability rules – since his near decade-long stay at Burnley ended in April. The 51-year-old is well versed in surviving relegation battles and his common-sense approach and hard-working style might be what Everton need – but he could be an unpopular choice for some fans.

The former Toffees boss, a particular favourite of chairman Bill Kenwright, has had his name on the list of potential candidates a couple of times since leaving in 2013 after 11 years of relative success. His position at West Ham has been questioned and unless he is sacked in the near future it would be a surprise to see him swap the squad and resources he has available in London for a sentimental return to Goodison.

A return to his boyhood club for the former Toffees academy graduate would be the romantic option and get the backing of some fans but his managerial credentials are still untested at the highest level having been relegated from the Championship with a financially-stricken Derby. Currently in charge of MLS side DC United but that would not be a barrier.

Nuno is currently the manager of Saudi Professional League club Al-Ittihad but could relish a return to the Premier League. He had some success with Wolves before performances started to tail off but he failed at Tottenham. His ‘solid’ brand of football may not be universally popular.

‘Big Sam’ spent five-and-a-half months as Everton boss between November 2017 and May 2018, leading them from 13th to an eighth-placed finish in the Premier League. The 68-year-old may be a renowned relegation firefighter but his reappointment could be unpalatable to an already disenchanted fanbase.

Everton hero Ferguson left his coaching role at Goodison in July to pursue managerial ambitions but has yet to find a job. He spent two short spells as caretaker boss as the club pursued yet another permanent manager but his tactical acumen and suitability for a relegation fight remain unproven.