What the local papers say: Probe into patient’s death, Shop closures in the Midlands 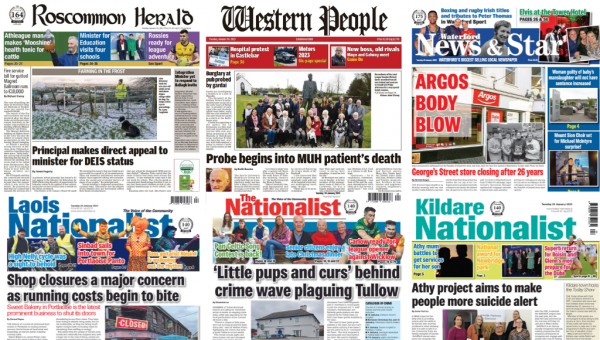 A probe into a patient’s death, a school principal making an appeal for DEIS status and the worrying trend of shop closures are some of the stories covered in this week’s local papers.

The Western People lead with an investigation being launched into how a patient at Mayo University Hospital disappeared and died. 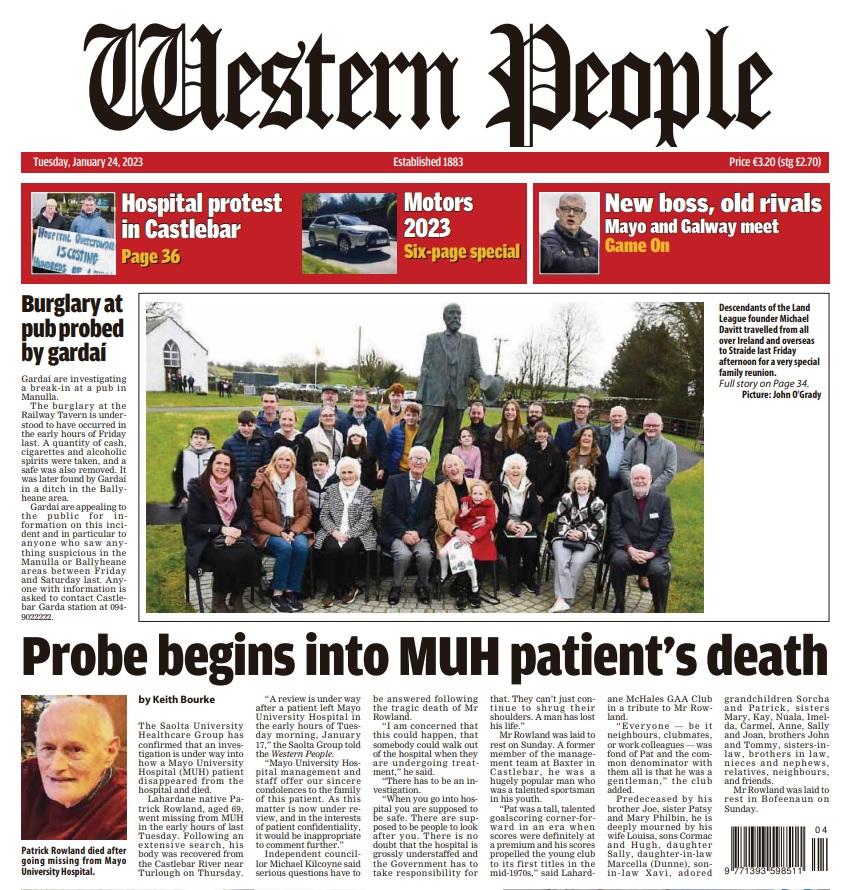 Farming in the frost is the name of the image front and centre on the Roscommon Herald while the lead story revolves around a principal making a direct appeal to the Minister of Education for his school to be given DEIS status. 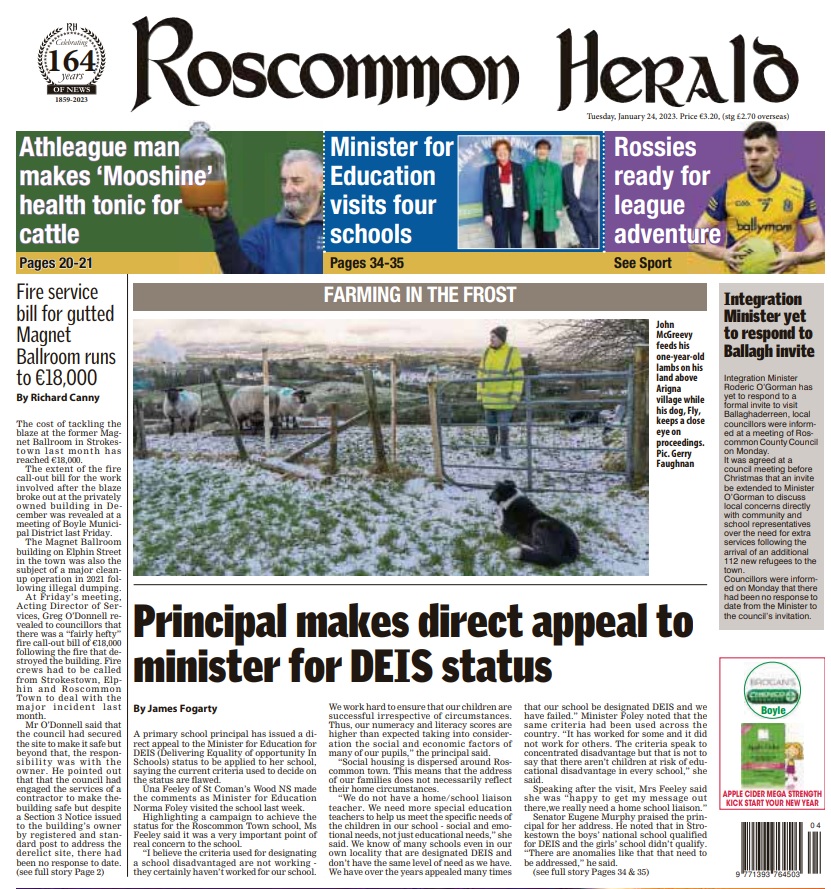 The Waterford News & Star lead with the historic Argos on George’s Street closing down after 26 years. 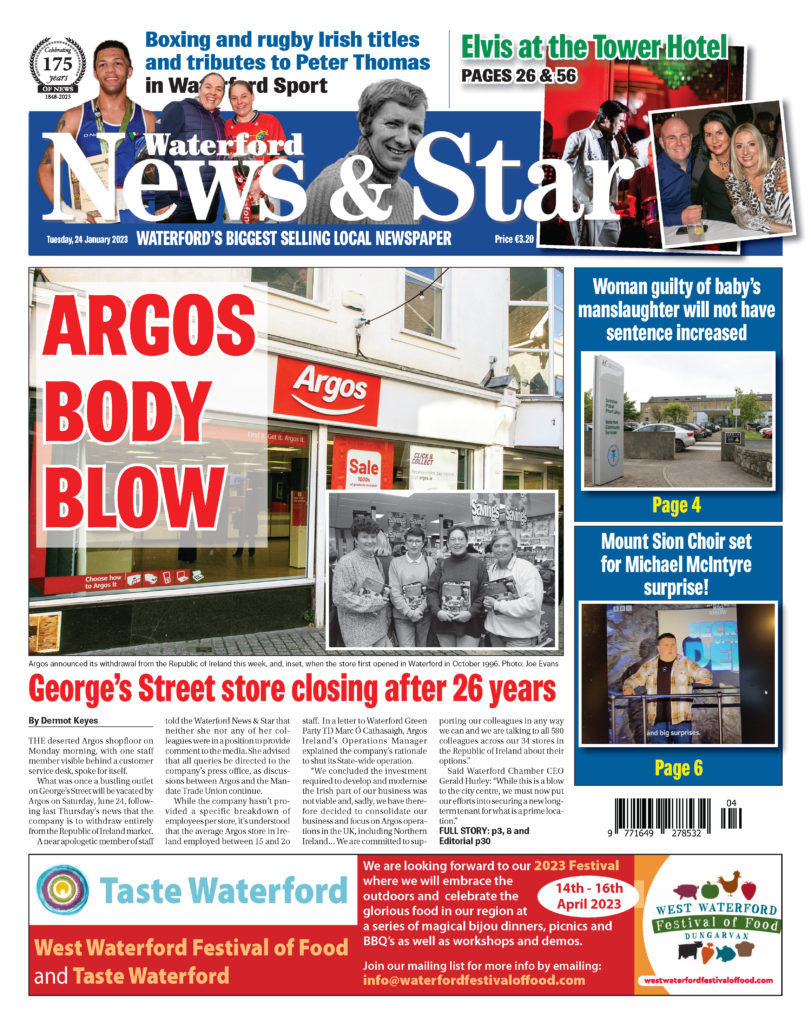 The Laois Nationalist also focus on shop closures in Portlaoise as the cost of living crisis takes a toll. 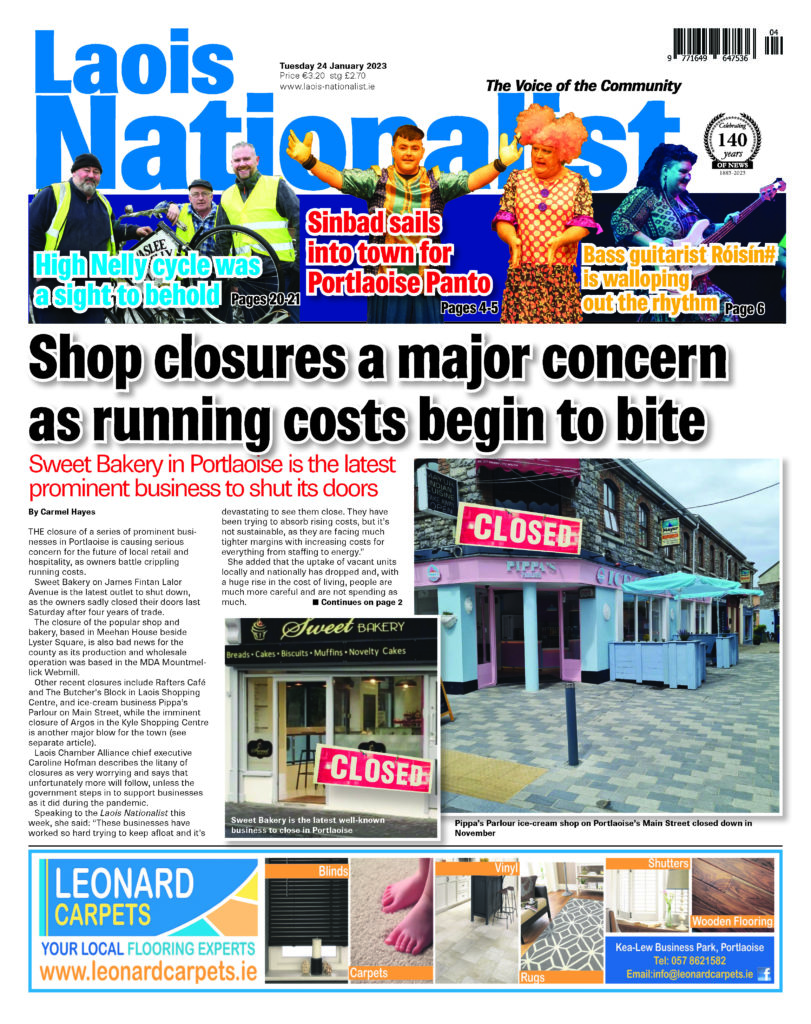 The Kildare Nationalist lead with a project in Athy which aims to provide people with the skills to be suicide aware. 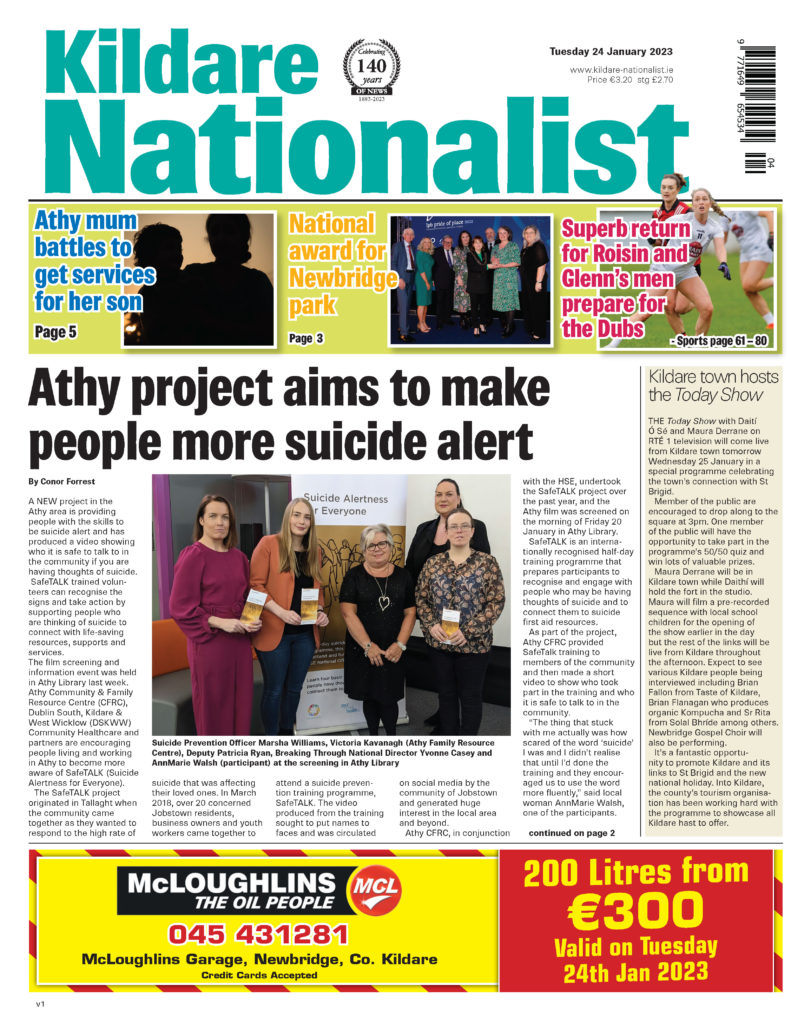 The Nationalist focuses on a wave of crime in Carlow being committed by small dogs as cars have been damaged in Tullamore and a teenager assaulted. 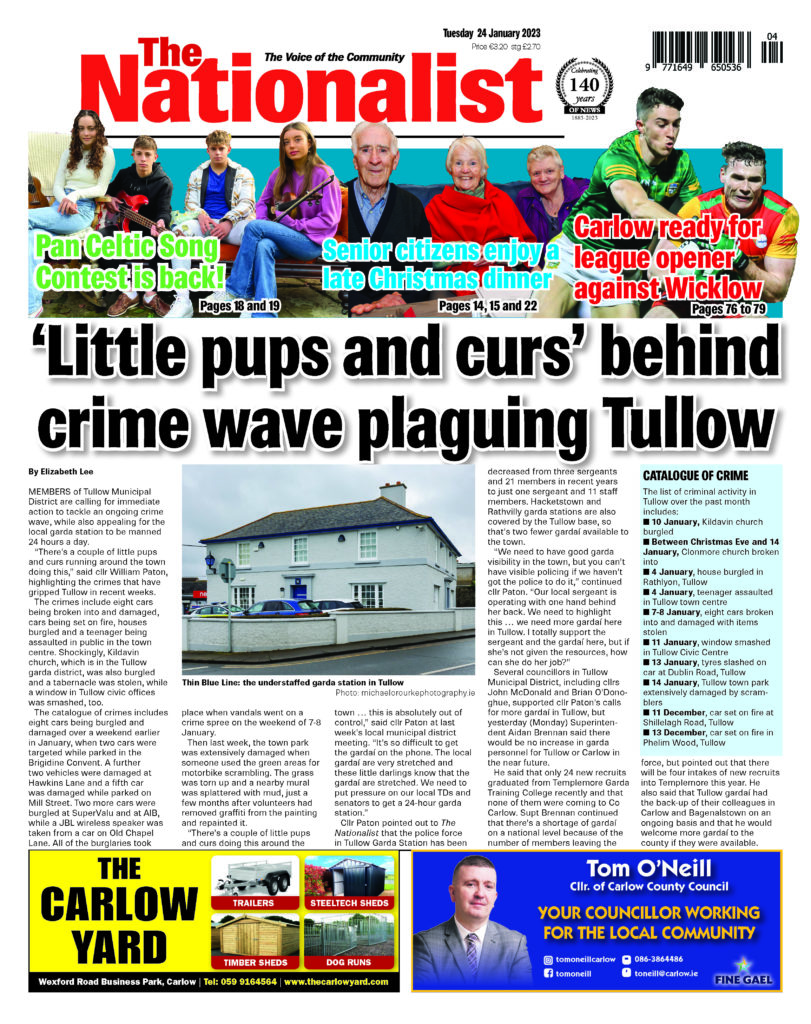