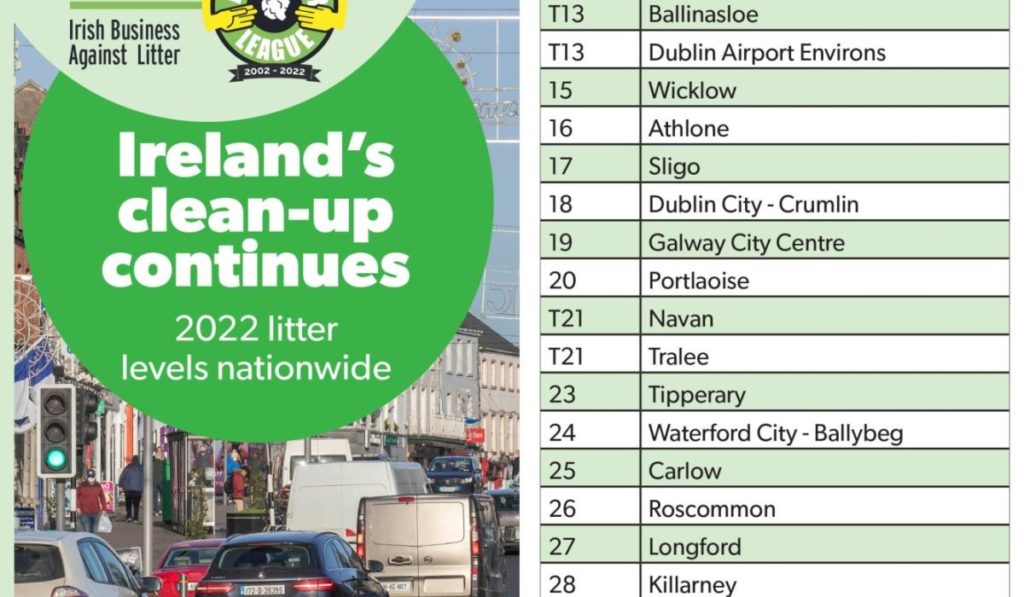 THE carrot approach has failed, “now it’s the stick approach”, vowed a council official in response to complaints about constant littering at some local business.

Members of Carlow County Council discussed the recent Irish Business Against Litter (IBAL) results for Carlow at their January meeting.

Cllr Andrea Dalton stated that she welcomed the report and the fact that Carlow had improved to now be considered “clean to European norms”.

“I do find it ironic, however, the fact that it is private businesses that are losing us points and it is the Irish Businesses Against Litter,” she stated. Cllr Dalton said that the areas under council control were all deemed litter-free, but the “detrimental effect” of some private businesses had lost the town points.

Cllr Adrienne Wallace praised the “huge voluntary efforts” made in keeping the town free of litter. She also called on the town’s bottle banks to be “consistently” monitored and emptied at least every three months.

Cllr Wallace said it was “unacceptable” that the retail outlet Mr Price was consistently identified by IBAL reports as an area with a litter problem, yet little had been done. “Enough is enough,” she complained, adding that there weren’t enough bins in the town. “It was a goodish report, but we could do better,” said cllr Wallace.

“It is disappointing that two private sites have been consistently identified. We have engaged with them and had been using the carrot approach, but now it’s the stick approach,” stated Mr O’Gorman.