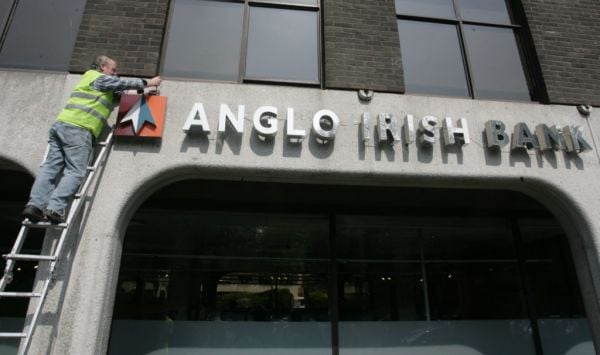 A High Court action taken by the former Anglo Irish Bank against its pre-financial crash auditors over 10 years ago has been settled on confidential terms.

EY defended its work as auditor to the bank and denied the claims.

On Wednesday, counsel for IBRC’s liquidators, Eoin McCullough SC, informed the court the parties involved in had reached a compromise on confidential terms. He asked for the matter to be mentioned in court at a later date.

Andrew Fitzpatrick SC, for Ernst & Young, said his client was consenting to the request.

Mr Justice Denis McDonald congratulated the lawyers on resolving a case of such magnitude.

IBRC’s legal action was delayed for several years by a number of criminal cases involving Anglo.

In its action, the bank claimed the auditors were in breach of contract in failing to uncover an alleged practice where, for brief periods around the end of Anglo’s financial year, Mr FitzPatrick repaid his large Anglo loans with monies borrowed from Irish Nationwide Building Society, but reversed those transactions days later.

The net result was large loans otherwise due from Mr Fitzpatrick were moved from Anglo’s balance sheet, creating the impression he owed less than he actually did, the bank claimed.

They were called “bed-and-breakfast” transactions because INBS provided temporary accommodation for the loans until they returned to their “true” home in Anglo, it was alleged.

The practice came to light in 2008 when, due to market turmoil, Mr FitzPatrick could not refinance his loans with INBS “as had become usual”, the bank claimed. He resigned as Anglo chairman in December 2008.

It was alleged the failure to uncover the practice significantly increased Anglo’s exposure to Mr FitzPatrick after the end of the 2006 financial year.