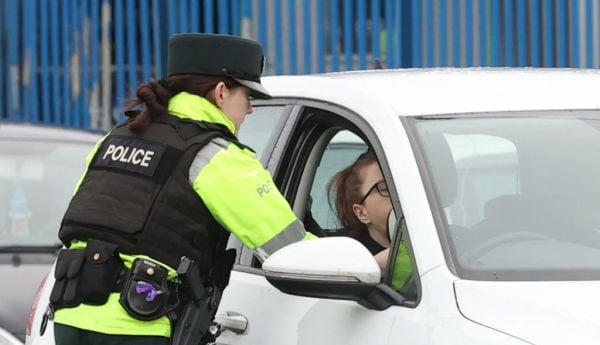 Police in the North arrested 308 people on suspicion of drink or drug driving during a crackdown in December – an increase of nine from the previous year.

During the operation one of the highest-ever readings for alcohol in Northern Ireland was detected in one incident, with the driver more than four times the legal limit.

The youngest person detected was 16 and the oldest was 83.

Provisional figures from the operation which ran from December 1st to January 1st reveal:

Superintendent Gary Busch said: “When we launched our winter drink and drug drive operation, we warned drivers not to take any risks by drinking or taking drugs and driving.

“They now find themselves facing the prospect of starting the new year with a court appearance and losing their driving licence, which may have a huge impact on their life, that of their family and possibly their career.

“Those 308 arrests reflect 308 occasions where your police service has prevented a potentially serious or fatal road traffic collision.

“It is disappointing that a minority of people continue to disregard the safety of themselves and others, by taking the incredibly dangerous risk of driving after drinking or taking drugs.”

Mr Busch added: “It is also clear from our arrests, that significantly more men than women are being detected, while almost half of those arrested were aged between 30 and 49 years of age.

“The youngest person detected was 16 years of age and the eldest 83 years of age. The highest detection was 157mg/100mlm, over four times the legal limit of 35mg/100ml.

“This detection is not only one of the highest recorded, but also one of the most shocking.

“Slow down. Pay greater attention to your surroundings. Always wear your seat belt and never drive after drinking or taking drugs.”