Thousands of health workers to strike in Northern Ireland 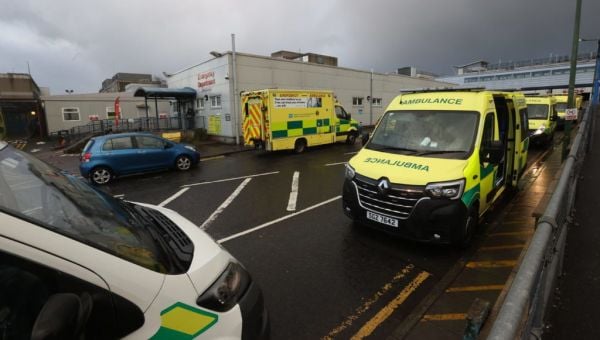 Thousands of health workers in Northern Ireland are to take to the picket lines in a row over pay and conditions.

Paramedics will be among the workers taking part in strike action across the region on Thursday.

Workers with the unions, Nipsa, Unison, Unite and the GMB, are staging the action.

The 24-hour stoppage will be the latest full day of action taken by health sector unions as they press for safe staffing, better pay and improved mileage allowances.

Nipsa health and social care staff have been on a continuous work to rule since December 5th. They took part in a 24-hour strike on December 12th.

Terry Thomas, Nipsa assistant secretary, insisted that the strike action has been forced on its members.

“It is a disgrace that Nipsa health service members are again forced to take industrial action tomorrow to again reinforce their issues around pay, safe staffing and travel reimbursement,” he said.

“Nipsa along with our sister trade unions in health continue to stress that the current industrial action is forced upon members, and the inaction by politicians and government only serves to do further disservice to both the health service and the most vulnerable citizens in our society who rely on this.

“Their message is loud and clear that they remain more resolute and determined to succeed and we call on government and employers to engage with trade unions and negotiate meaningful resolutions not just for staff but for a health service in crisis.”

Nipsa added that patient safety remains very important for health staff who will take industrial action, and discussions are ongoing with employers around necessary steps to protect patients during this dispute.

“Unite’s members have voted overwhelmingly for strike action and rejected the government’s derisory pay offer, which is a real terms pay cut,” she said.

“These strikes are being taken as an absolute last resort. Our members are seeing the NHS eroded before their eyes and patients’ lives are being placed at risk due to chronic underfunding.

“In the absence of a functioning Stormont executive, the responsibility for this strike lies squarely with Rishi Sunak who has failed to show leadership and ensure that NHS bosses made a realistic offer to the workers who keep our health and social care services running.”

In a statement, the Northern Ireland Ambulance Service (NIAS) said it has engaged with trade union representatives to identify services and roles that will be exempt from strike action to ensure that a response continues to the most clinically urgent patients.

However, NIAS said they anticipate challenges throughout Thursday and that they plan to maintain the safety of those patients whose need is greatest.

“The impact of the action will be felt most on those patients calling NIAS whose need is less clinically urgent. We anticipate that there will be lengthy delays in responding to these categories of calls,” a spokesman said.

“To ensure that we maintain the levels of cover required to respond to the most urgent calls, we would ask the public to call us only in life-threatening emergencies such as cardiac arrest, loss of consciousness, breathing difficulties, severe bleeding and others.

“We would also ask that, having placed a 999 call, the public should resist calling back to check on the arrival time of the ambulance. The ambulance will arrive at the earliest opportunity and calling back repeatedly can block lines into the control centre for other emergencies.

“We stress that ambulances will still be available, however, they will be limited and we will prioritise patients with life-threatening injuries or illnesses.

“Callers should not hesitate to call 999 in the case of serious illness or injury, but other callers should consider other options including self-care, seeking GP or pharmacy advice or presenting themselves to Emergency Departments.”

The spokesman added: “NIAS respects the right of our staff who are union members to participate in industrial action.

“This action is being taken in relation to the national issues of pay and conditions and is a matter for the government and trade unions.”